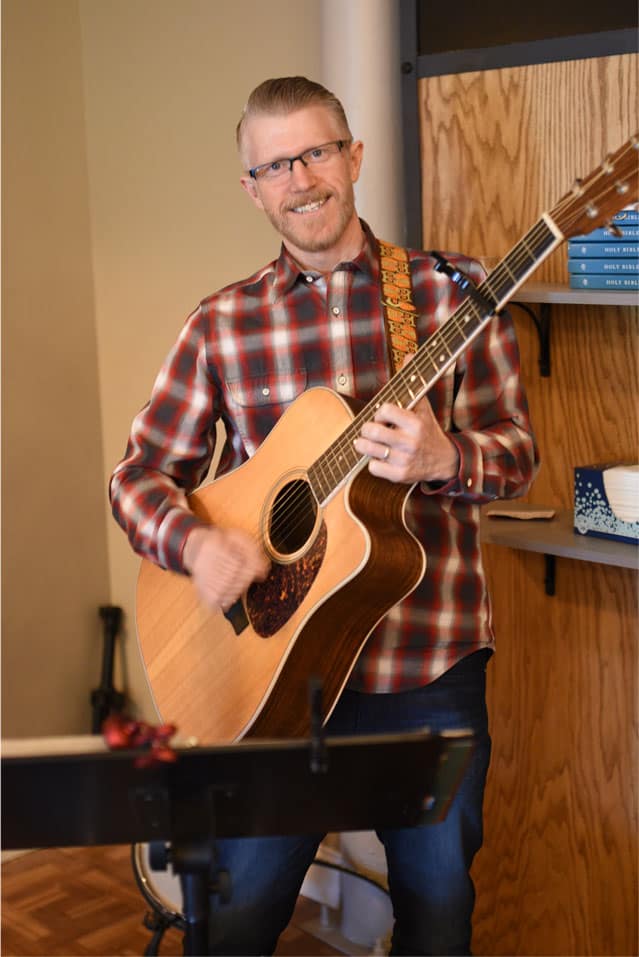 Despite his love for the great northwest, his love for Val was greater. Married for 22 years with three teenage children, Adam has come to love the city of Orlando.

Pastor Adam was a high school history teacher for 6 years before attending Seminary and was called and Ordained to Pastoral ministry in 2006.

He began New City Church in 2010 with a desire to meet the needs of the community and strengthen the faith of all who believe. Since starting New City Church Pastor Adam has become part of the Central Florida Cross Network where he partners with other church planters, non-profits and existing churches.

Between playing banjo, coaching soccer, and working on his motorcycle, you will quickly learn that he loves God, God’s people and God’s creation.