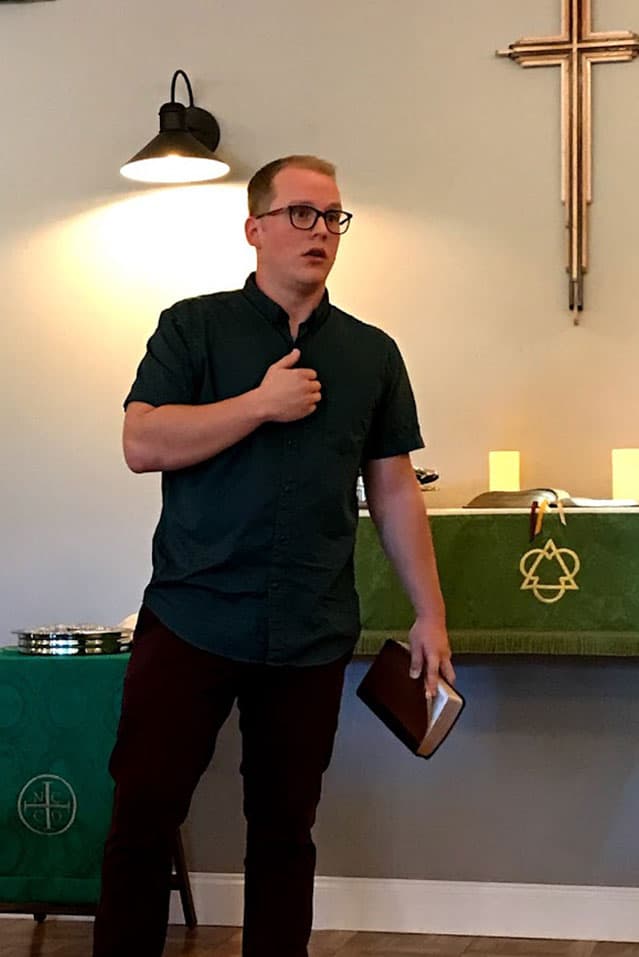 Matt Fitzpatrick is the vicar of New City Church Orlando. Matt graduated with Bachelor of Science in Psychology in 2012 and is an Eagle Scout.

He is currently attending Concordia Seminary Lutheran with the goal of being a fully ordained minister within the Lutheran Missouri Synod for New City Church.

In 2013, Matt married his wife Christina who is a nurse at Orlando Regional Medical Center. Together they regularly volunteer at the Ronald McDonald House attached to the ORMC campus.

He oversees the church’s small groups, family ministry, and youth ministry. Matt has worked with the head pastor, Adam Barcott, since the founding of New City Church.

Both Matt and Adam have also recorded a podcast, Fed by Ravens, which covers the entire story arc of the Bible in a year.